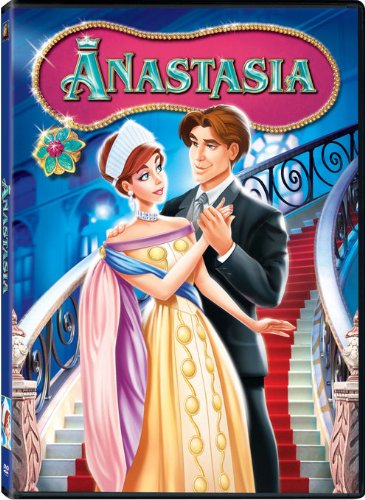 Anastasia
A spellbinding mix of adventure, comedy, romance and music, this acclaimed animated spectacular tells the thrilling story of the lost Russian princess Anastasia and her quest to find her true identity. When the shadow of revolution falls across Russia, thStomping out their usual cuteness and carbon copying Disney’s grand animation style to a T, directors Don Bluth and Gary Goldman (An American Tail) create a successful musical comedy from the story of the lost Russian princess. Adapting the story of imperialism and revolution is tricky, and subsequently the film’s opening is weak. Once Anya (voiced by Meg Ryan, sung by Liz Callaway) is a teenager and on her own (suffering from some degree of amnesia), the film is quite pleasing though never refreshingly new. Twentieth Century Fox’s big-money gamble to horn in on Disney’s realm is worthy. The songs, especially the recurrent “Once Upon a December,” by Broadway team Lynn Ahrens and Stephen Flaherty are better than Disney’s recent efforts